(WASHINGTON, DC) – Today, Mayor Muriel Bowser announced the appointment of Glen Lee as the new Chief Financial Officer (CFO) for the District of Columbia. Mr. Lee is a proven leader with several decades of experience who currently serves as the Finance Director for the City of Seattle where he is responsible for the city’s accounting, treasury, debt management, risk management, and payroll functions. He also oversaw Seattle’s effort to standardize financial processes and implement new financial and human resource systems. In addition, Mr. Lee manages the tax administration function, and leads a coalition of Washington cities that operates a multi-jurisdictional business licensing and tax filing system for Seattle-region taxpayers.

“It was important to me that we hire a Chief Financial Officer with strong integrity who was ready, on day one, to build on the District’s financial success. I am confident that Glen Lee is the right leader for the job,” said Mayor Bowser. “In recent years, I’m proud that the District has achieved many firsts: our first upgrade to a AAA bond rating; our first audit that had zero significant deficiencies or material weaknesses, which we have now maintained for seven years straight; and the District’s first 60-day cash reserve, a milestone we hit right before COVID and that we have been able to maintain throughout the pandemic. Now, we are ready to build on those successes and ensure a strong comeback for DC residents and businesses across all eight wards.”

Mr. Lee was first appointed as the City Finance Director in 2010. Prior to his appointment, he managed the city’s revenue forecasting and budget development functions in the city’s budget office. Mr. Lee has served on several advisory groups including the Association of Washington Cities’ Legislative Fiscal Subcommittee, the Streamlined Tax Mitigation Advisory Committee of the Washington Department of Revenue, and Seattle Public Schools Advisory Committee for Investing in Educational Excellence. Mr. Lee was also an instructor for the Government Finance Officers Association and served on the Economics Department Advisory Board for Seattle University.

Glen Lee comes to Washington, DC during a period of strong financial growth, demonstrated in the below graph that represents the growth of the District’s General Fund Balance. 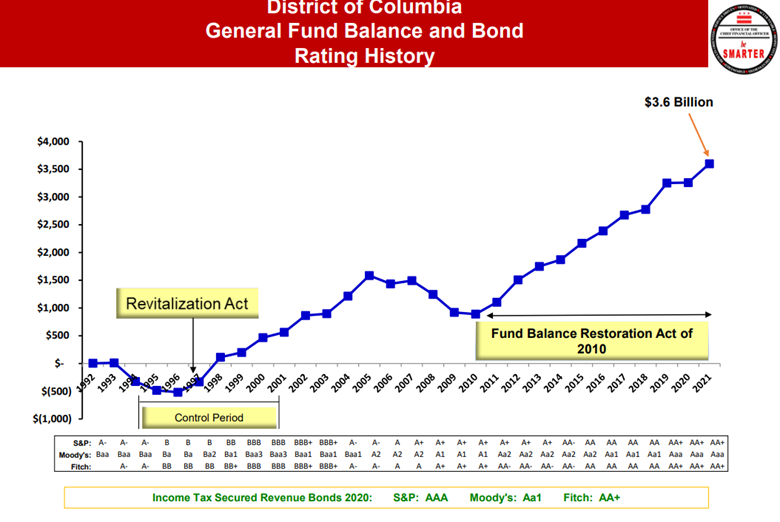 Fitzroy Lee will continue serving as CFO until Glen Lee is confirmed. After Glen Lee’s confirmation, Fitzroy Lee will return to the role as Deputy CFO and Chief Economist, leading the Office of Revenue Analysis.